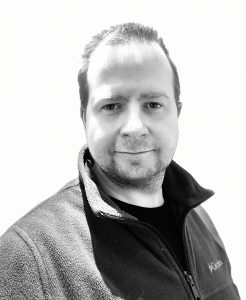 I want to tell you a story. It started about 5 years ago and ended up with me almost being homeless in the middle of a snowstorm, starving, a week before Christmas without a dime to my name.

Back up a little…

It was the summer of 2009 and things were looking up. I had just finished university and got recruited by a finance firm to manage clients. It was a straight commission job… but hey, I was good at sales, I’d done sales before so I wasn’t worried.

Days came and went and I found that it wasn’t as easy as I thought it was going to be. I didn’t have a car at the time, so I would spend upwards of 3 hours on the bus every single day, bussing across the city, to ironically, give people advice about money.

On a lucky day… maybe i’d sell something. More often than not it was 2 hour buss rides followed by swift rejection. Sigh. It was tough. I had to slog through the rain and snow for literally less than minimum wage. Remember… straight commission. If I didn’t make sales I didn’t eat.

Thankfully I had a manager who took pity on me. See… they never asked if I drove a car, they just assumed. That was one of the requirements for the job, but too late now! I was in. So the manager felt bad about me spending half my day just trying to get to meetings to be rejected, and started handing me leads to go visit. I was ecstatic.

These were REAL people who wanted to buy something! Those little morsels of paper were so valuable to me! They were my ticket to eat that week! Not only was I starving for income, I was starving for any kind of nutritional food as well!

It was bad. I never let anyone know though. I had too much pride. I owed room mates money, was behind on rent. I owed $30,000 in debt. I felt awful. It was a really shitty place to be. I was trapped and caught in a downward spiral that I felt I couldn’t control.

And then things got bad…

In the middle of winter, in -30 celsius… conditions the rest of the world makes fun of us Canadians for living in… the bus system decided to go on strike.

My only means of transportation to the office, to my family, to my friends, to the grocery store (not that I had money for food)… was the bus.

I might as well have been stranded in the middle of Alaska.

Thankfully… THANKFULLY… just before the bus strike happened, I closed a deal and made $1000. The first money I’d made in weeks. And I was to get paid right before Christmas. My favourite holiday of the year. I was so happy I could get my family gifts, that I wouldn’t be hungry over Christmas. Basically… this is the “movie moment” that happens to the good guys. Happy ending, roll credits. Right? Not so much…

Turns out that not being able to show up to meetings or go visit clients is grounds for termination. So… because of factors entirely outside my control. I now had no job.

But hey… I had that last pay check right? I was going to be able to give my family presents for Christmas and show them how much I cared for them. Right? Everything was going to be ok. I’d start fresh in the new year…

“Hi Adam… this is *customers name*. You know that insurance policy you sold us the other day? Yeah, I think we’d like to cancel it. It’s just not something we’re interest in at this time.

… I was speechless. I stuttered something into the phone and got off as fast as possible because I knew if I spent anymore time talking to this man I was going to break down sobbing.

No job. No money. No transportation. No food. Only desperation and fear where Christmas joy used to be.

So I wrote letters.

I literally had to borrow paper… but I wrote and I wrote. And I poured my heart out into these letters I wrote to my family. And in each letter I told my mom, sisters, dad, etc why they were special to me, and why I valued them. Every single one of them broke into tears. . . followed by me of course.

I said I was so sorry, I felt awful that I didn’t have anything to give them for Christmas. Then my mom turned to me and said something I’ll never forget.

“Adam, you didn’t give us nothing. You gave us everything you had.”

At that moment, I decided NEVER AGAIN.

I made a choice. Something snapped. I found my “Big Why”: My Family.
NEVER AGAIN

From that point on I made a promise to myself that no matter what it took, no matter how hard I had to work, I would NEVER be in that situation again.

And when I made that decision things started to change. I became proactive. I took charge. I didn’t just wait around for stuff to happen to me. If I wanted something, I went out and got it!

And I dug myself out of $30,000 in debt by the time I was 23. I didn’t take the “reduced owed” amount. I paid it off in full. Pride. I got myself into this situation. I was going to get myself out.

And slowly, I dug upwards out of the grave I had put myself in. And slowly I’d see little rays of light. It was tough. It was 2 steps forward, 1 step back. It took years to dig out, just like it took years to get 30k in debt.

And anytime I’d slip, or feel the tug of frustration & desperation. I’d think back to that night before Christmas and tell myself…

Then I’d smile, know that I was in control of my own destiny, and get back to work.

So… let me ask you something. What is your Big Why? Post in the comments below and let me know!

Please log in again. The login page will open in a new tab. After logging in you can close it and return to this page.